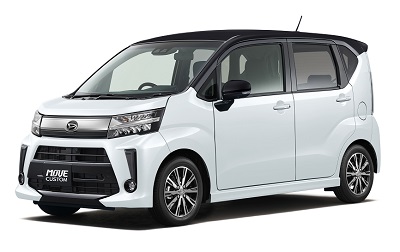 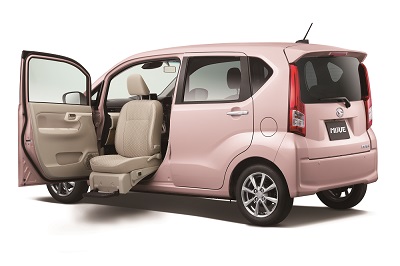 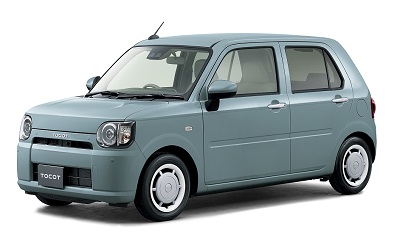 The Move is one of Daihatsu’s core models and has been favorably received by a large number of customers regardless of age or gender. The special edition model Custom X “VS SA III” this time has been released at an affordable price and supports comfortable driving with peace of mind by being equipped with the Panorama Monitor Camera. As the entry model of the Friendship series (welfare vehicles), which has the top market share in mini welfare vehicles *1, Move Front Seat Lift has received widespread praise for its convenience. This time, the new Custom X “Limited II SA III” is equipped with the Panorama Monitor Camera while the X “Limited II SA III” has the Genuine Navigation Equipment Upgrade Pack. Both have been released at affordable prices.

The Mira Tocot launched in June 2018 is a model featuring a charming design and an easy-to-drive packaging, and has been favorably received by a wide range of users, including inexperienced drivers. The partial upgrade this time has changed part of the body color and added the new Lake Blue Metallic color.

The grades for both Move and Mira Tocot have been simplified to offer an easy-to-understand lineup to customers while providing them at even more affordable prices than before.

Automatic lights also come as standard for all grades of these three models to improve safety.

Based on its “Light you up” approach, going forward, Daihatsu will continue to provide optimal mobility to every one of its customers, and cater to their needs via its extended range of mini and compact vehicles.

*1 Number one in units of mini welfare vehicles (wheelchair accessible vehicles, seat lift vehicles, and turn seat vehicles) sold in Japan during fiscal 2020 (April 2020 to March 2021), according to Daihatsu research.

・Available grades have been simplified from 11 to nine.
・A new special edition model Custom X “VS SA III” has been added.
(Adds the Panorama Monitor Camera to the base model Custom X “Limited SA III”)

*2 Please refer to the catalog or official website for details.

・Automatic lights have been added as a standard feature.

◎ Prices of 2WD models in the Hokkaido region are ¥16,500 higher (tax included) and do not include recycling costs.