Daihatsu Motor Co., Ltd. has become the world's first company to industrialize an "intelligent catalyst" for automobiles that naturally regenerates itself to maintain its initial performance. The self-regeneration function effectively reduces the amount of precious metals in the catalyst. Daihatsu plans to use the new technology in future products.

Daihatsu first reported the self-regenerating function of palladium in the July 2002 edition of Nature, a prominent scientific journal in the United Kingdom. In order to solve problems in resource supply and protect the environmental, Daihatsu has developed new cobalt-free perovskite oxides which consist of lanthanum, iron and palladium, to industrialize the "intelligent catalyst". This new composition provides a more stable crystal structure, and further improves the self-regenerative function. By adding the technology of the TOPAZ catalyst*1 to the "intelligent catalyst technology, in order to achieve Japan-Ultra Low Emission Vehicle (J-ULEV*2) level emissions, Daihatsu has been able to reduce the consumption of palladium and other precious metals by around 70% compared with conventional catalysts.

This will greatly reduce the amount of precious metals used and minimize the effect of their price fluctuations on catalyst costs. That means it can reduce the cost of complying with the stricter emission standards of various countries that are due to take effect in the near future.

*2 J-ULEV: Equivalent to emissions 75% lower than Japan's year 2000 standards, under the Ministry of Land, Infrastructure and Transport's certification system for low-emission vehicles. 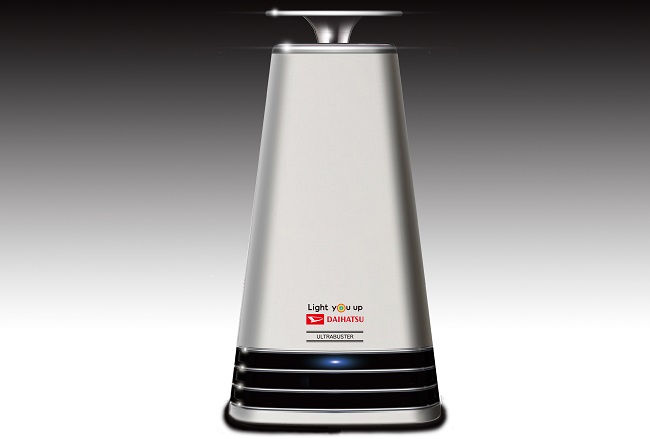